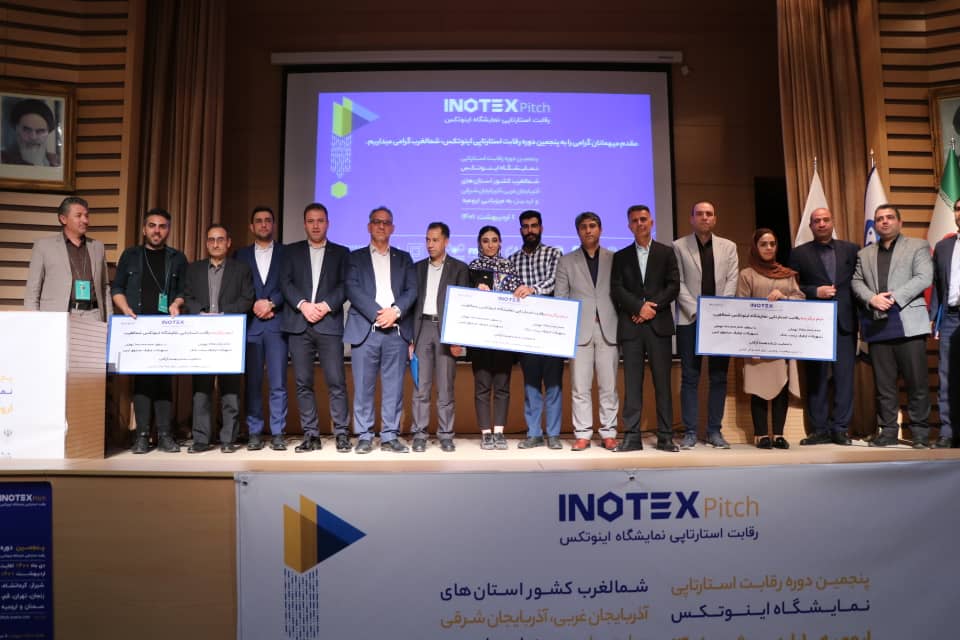 The fifth round of the provincial startup competition of INOTEX Pitch 2022 had its final stop in Urmia and ended in the presence of 21 teams from West Azarbaijan, East Azarbaijan and Ardabil provinces.

According to INOTEX Press, INOTEX Pitch of the Northwestern provinces, with the participation of Iran Post Bank, was held on Thursday, May 1, 2022, at Urmia and Arc-Up Accelerator. Local and provincial officials from West Azerbaijan, East Azerbaijan and Ardabil participated in the event.

These competitions started at 1 P.M. on Thursday with the speech of Hujjat al-Islam Dr. Seyed Mehdi Ghoreyshi, Imam-Juma’ of Urmia, Gholamreza Mansourfar, the head of the West Azerbaijan Science and Technology Park, Mohammad Saleh Khaleghi, the secretary of Iran National Technomart Center, and Alireza Vahdepour, the director of branches and marketing of Post Bank of Iran.

At the end of the INOTEX Pitch of Northwestern provinces of the country, the heads of the science and technology parks of the West Azarbaijan, East Azarbaijan and Ardabil concluded a memorandum of understanding for the synergy of these three provinces. The MOU aimed at developing the Northwestern region of the country and the realization of the slogan of the year, "Production: Knowledge-Based and Job-Creating."

After presenting and choosing the top teams by the judges, INOTEX Pitch startup competition of the Northwestern provinces ended at 07:00 P.M.

It should be noted that this year's INOTEX Pitch was organized in Fars, Kermanshah, Zanjan, Tehran, Qom, Semnan and Northwestern provinces (West Azarbaijan, East Azarbaijan and Ardabil provinces, hosted by Urmia). The first three teams of the competition in the final event - which is held at the INOTEX 2022 exhibition - will be awarded 5 billion Rials in facilities plus a financial award from the Post Bank of Iran.